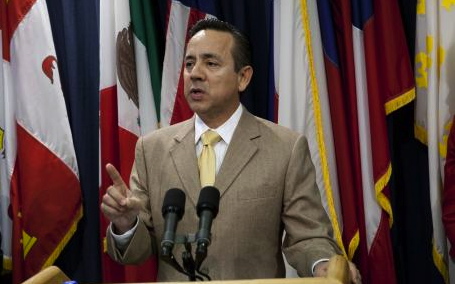 The use of natural gas for fueling cars and trucks has been gaining ground in recent years. This move would get a big boost in Texas if the recently introduced bill S.B. No. 12 becomes law. Introduced by State Senator Carlos Uresti from San Antonio, the bill would mandate all 27,000 vehicles operated by the State of Texas to convert their fleets to natural gas. This would include everything from prison vans used to transport inmates to the limousine Gov. Abbott rides in. The bill would also provide significant incentives for local city and county governments as well as school districts to convert their fleets to natural gas.

“Senate Bill 12 will jumpstart the use of natural gas and other alternative fuels here in Texas,” said Uresti. “We have an abundant supply of natural gas, and a portion of that supply is flared into the air every day due to a lack of demand. We can reduce flaring and put that gas to use – starting with our state fleet.”

Funding for the program would come from fees already collected from motorists and industry for the Texas Emissions Reduction Plan (TERP), which was established by the legislature in 2001 and currently contains more than $800 million. The bill would allow up to 3 percent of the TERP fund balance to be used each year to finance the program. S.B. 12 would also expand a program that provides state grants to build alternative fueling stations.

The program has had a substantial economic impact. State grants worth about $53 million have generated $128 million in economic return, including private spending on natural gas vehicles and filling stations in the state, according to a study by the University of San Antonio. It also has helped clean the air.

S.B. 12 builds on the 2012-2014 Clean Transportation Triangle Initiative, taking it to a statewide level – prioritizing innovation, clean energy and smart spending for Texas. The program promotes the upgrade of the thousands of cars and trucks the state maintains, creating direct economic benefits in jobs and significant cost savings as the UTSA study indicated.

The Fort Worth Transportation Authority, “The T,” was a leader in switching to natural gas when they started converting their bus fleet to compressed natural gas or CNG in 1990. The TCU Energy Institute and the Barnett Shale Energy Education Council teamed up in 2008 to start the Metroplex NGV Consortium, which now has almost 100 members. The member companies either already use natural gas for their fleets, plan to convert, or are involved in some aspect of the industry.